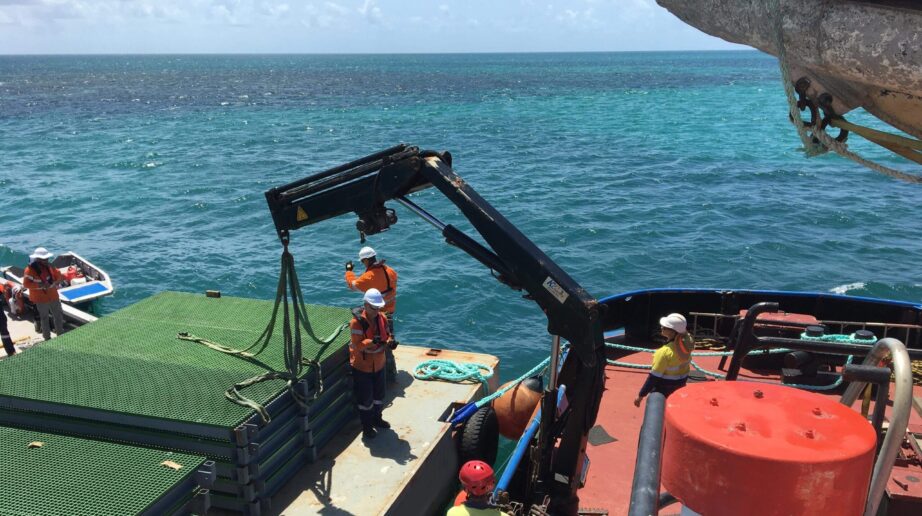 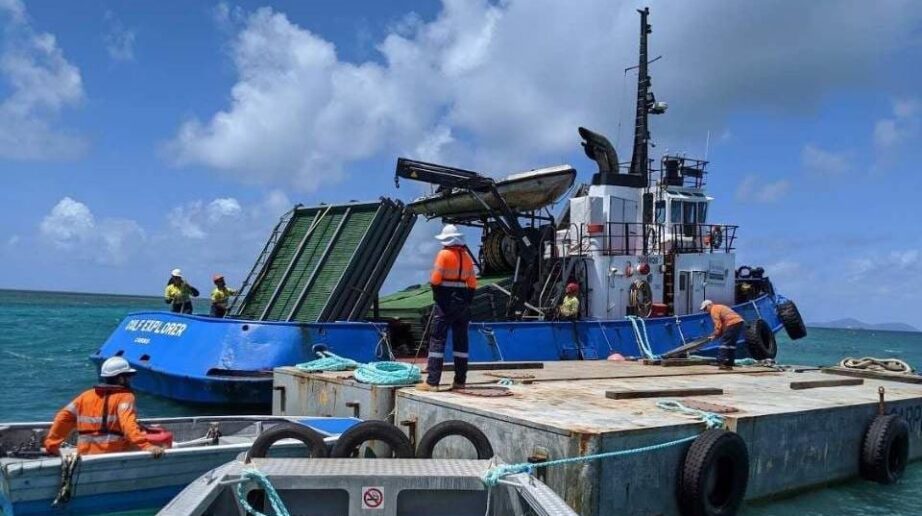 SRG Global is a specialist construction, maintenance and mining services company. SRG was engaged to fulfil the Ports North tender for the extensive Green Island Jetty refurbishment and upgrade project. (See more about this project below).

North Marine crew and vessels are engaged to transport plant and equipment to Green Island, on the Great Barrier Reef, approximately 27km from the Port of Cairns.

The provision of marine support includes a tug and barge transporting 11 modular wharf platforms, the towage of two punt barges from the worksite, transfer of tradespeople and maritime consultancy services.

SRG sought North Marine’s recommendations and consultancy advice due to the nature and location of the works.

North Marine is a prominent marine contractor company based in the Port of Cairns in Queensland, Australia.

As part of its regular operations, North Marine provides marine services to commercial companies, including shipping, construction and tourism.

North Marine successfully delivered the marine support with all project objectives delivered in full, on time and within budget.

SRG was engaged to complete an extensive refurbishment and upgrade to the Green Island Jetty, in 2020, by Ports North.

Ports North is a Queensland Government-owned corporation that manages the Port of Cairns, Thursday Island, Cooktown, Skardon River, Cape Flattery, Karumba, Mourilyan, Quintell Beach and Burketown. They are responsible for maintaining the Green Island jetty infrastructure on behalf of the Department of Transport and Main Roads.

Substantial works to the jetty included:

The wharf upgrade required a logistically complex, temporary wharf platform to be suspended underneath the existing jetty to facilitate this marine infrastructure project.

The Green Island jetty is located 27 kilometres from the Port of Cairns, in a highly environmentally sensitive area of the Great Barrier Reef Marine Park. Significant environmental controls, planning and methodology were required to conduct the wharf infrastructure upgrades.

Furthermore, the jetty is an operational facility that is essential to the tourism economy and industry in North Queensland. It is used by passenger ferries and tourism vessels on a daily basis. The resort at Green Island was temporarily closed for the refurbishment project, adding to the already time-sensitive considerations.

Tidal restrictions were also prevalent during the project, with work underneath the existing wharf infrastructure limited to favourable tides.

As part of the planning and methodology for the jetty refurbishment at Green Island, a ‘Marnie Plant Impact’ assessment was conducted, as well as a ‘Seagrass Baseline Assessment’ and ‘Seagrass Monitoring Plan’ implemented.

These assessments were conducted by the Centre for Tropical Water & Aquatic Ecosystem Research (TropWATER) at James Cook University (JCU).