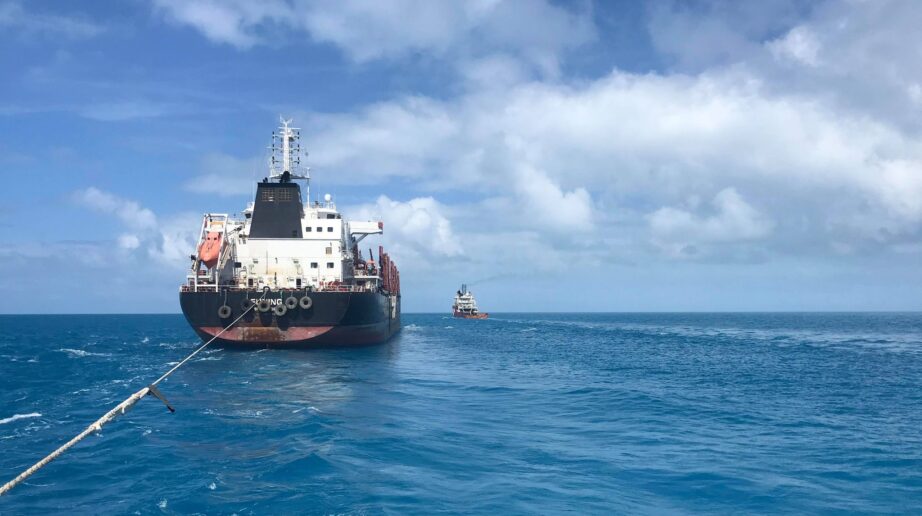 Our charter tug assisted the bulk carrier’s voyage from Bligh Entrance through the Prince of Wales Channel, in Queensland’s Torres Strait.

The North Marine tugboat ‘Gulf Explorer’ mobilised to the Torres Strait from the Port of Cairns, Queensland. From here, she assisted with the ship’s tug escort, taking up the stern tow position. An 80-meter super tug took up the forward tow position.

The Gulf Explorer’s tug escort voyage involved transiting through a narrow passage of the Great Barrier Reef. Commencing at Bligh Entrance, near Bramble Cay, the tow assist passed via the Prince of Wales Channel in the Torres Strait.

The Gulf Explorer’s role is to assist the bulk carrier in holding straight throughout the voyage, limiting yawing during the ocean crossing.

The M.V Funning made its transit safely and on schedule. The crossing was successful with no delays. 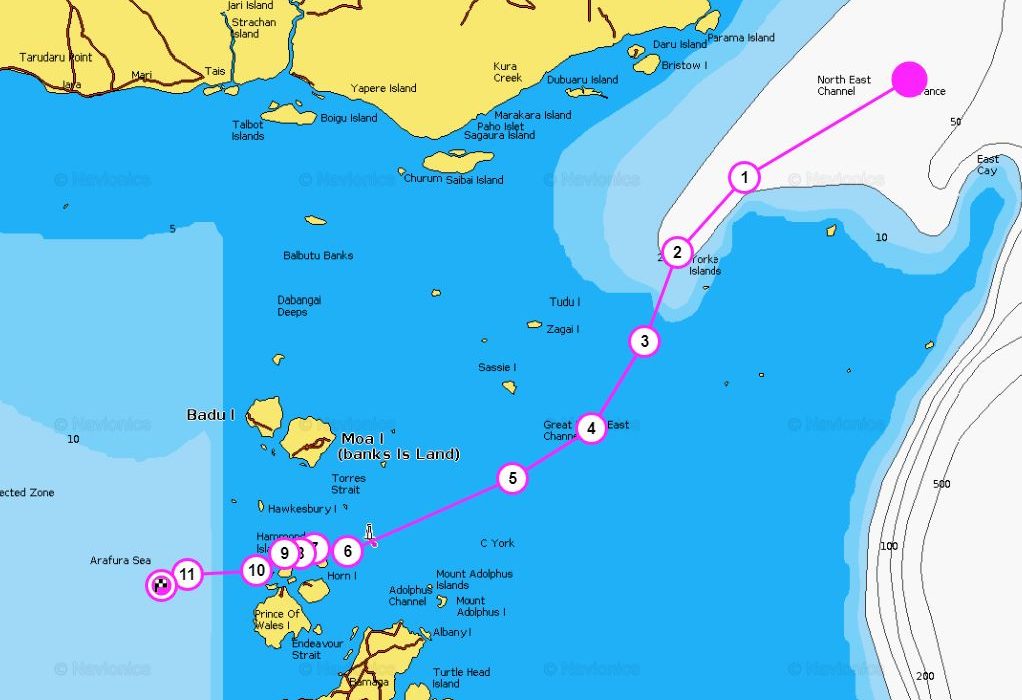 See the vessel route in the Prince of Wales Channel, in the Torres Strait, Queensland.

About The China Navigation Company

About The China Navigation Company

The shipping company operates over 150 vessels, including, but not limited to, container vessels, bulk carrier vessels, heavy-lift and general cargo vessels.

The Vessel Under Tow

About The Bulk Carrier Vessel, The M.V Funing

About The Bulk Carrier Vessel, The M.V Funing

The M.V. Funing is a bulk carrier cargo vessel.

At an impressive 180 meters in length and 30 meters in breadth, she weighs in at approximately 25,000 gross tons.

The bulk carrier sails under the flag of Singapore for the China Navigation Company.

The video shows a North Marine tugboat holding the stern position as the bulk carrier transits through the Torres Strait in Queensland.

Tugboat Company Based In The Port of Cairns, Queensland

North Marine provide a suite of marine towage and tugboat support services throughout Queensland and the Torres Straits.

Our vessels have the capacity to perform a wide range of tugboat jobs. These include harbour and long-range ocean towage, tug and barge combinations, tug boat assists, tow escorts and support vessel charters.

North Marine can tailor solutions to any project on the water.

We offer competitive industry rates for workboat charters throughout the Pacific Ocean, within Australia’s EEZ. Primary service areas include the Great Barrier Reef, the Torres Strait and the Gulf of Carpentaria.