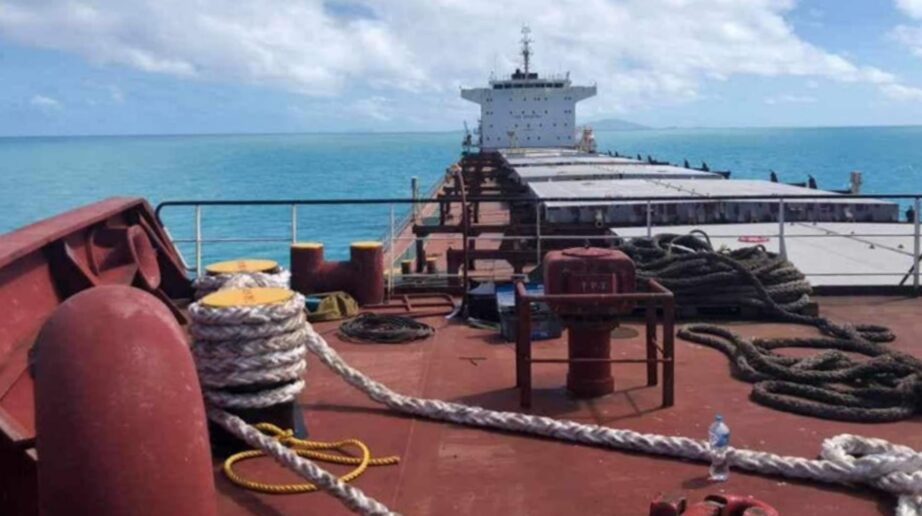 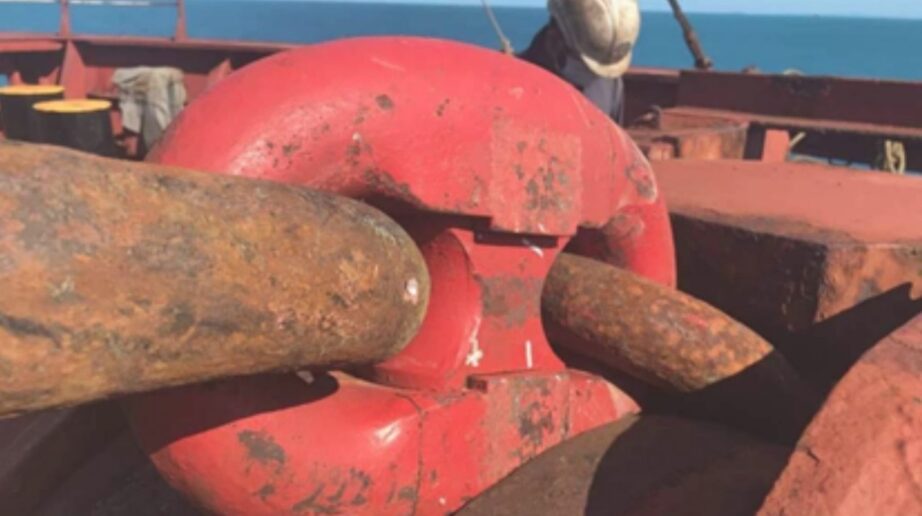 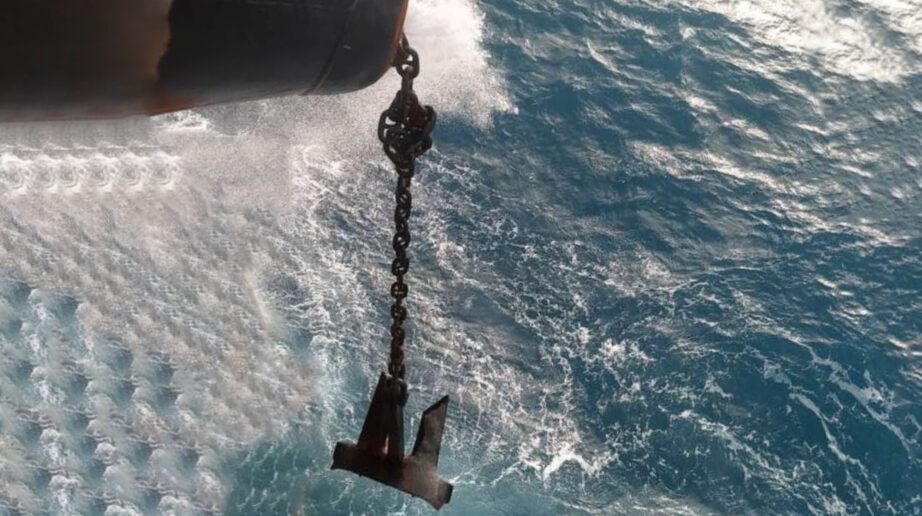 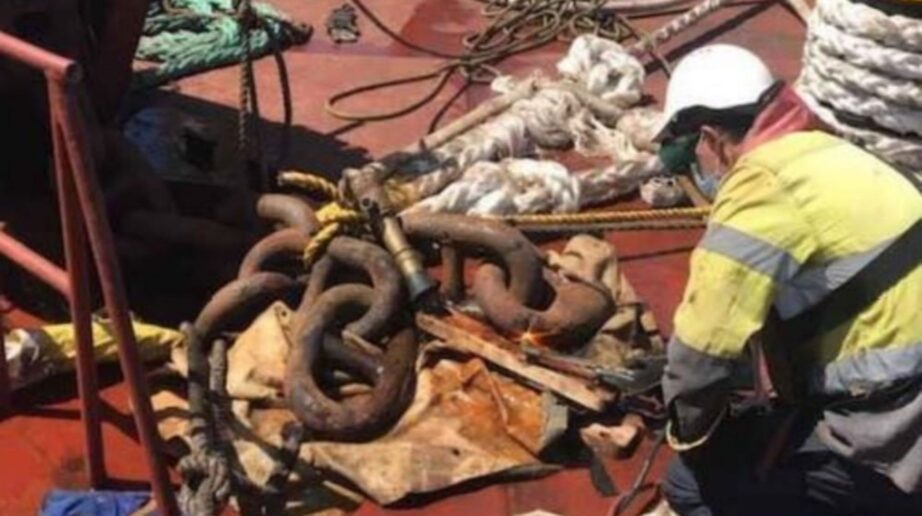 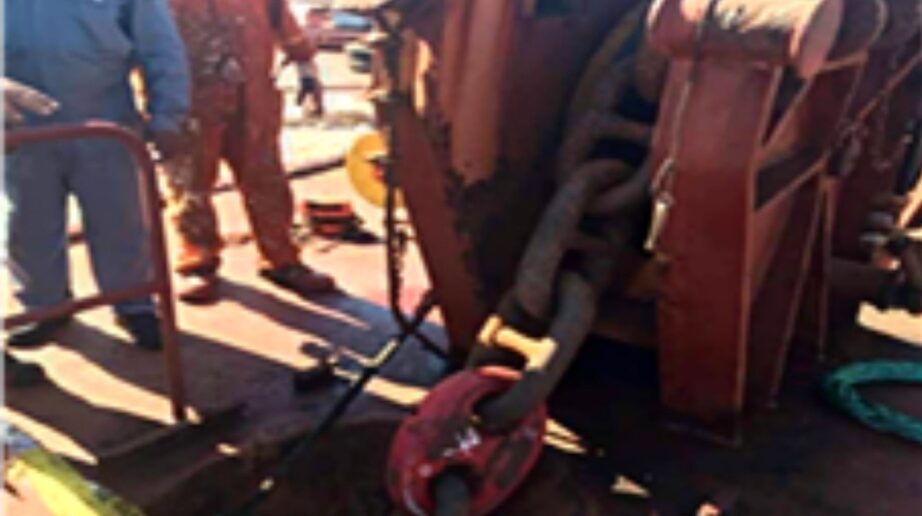 Marine Engineering Solutions - as ships agent for
The Shipping Corporation of India Ltd.

North Marine crew were mobilised to provide urgent technical support to a 44,000-ton international bulk carrier, whose anchor chain was entangled off the coast of Mackay, QLD.

The Shipping Corporation of India (SCI) is a Government enterprise and is the largest Indian owned shipping company.

Two North Marine crew launched by helicopter from the Port of Mackay to the international bulk carrier. The vessel ‘Vishva Vijay’ was anchoring at Hay Point off the coast of Queensland.

The 44,000-ton bulk carrier vessel had been rendered immobile due to a knot in the substantial 92mm chain, which was supporting a 7-ton anchor.

After the anchor and chain’s weight were secure, North Marine technicians used oxy-acetylene tools to cut the entanglement and install a new kenter linking shackle.

Vessels are based at ‘North Wharf’ in Cairns Port and can mobilise anywhere within Australia’s Exclusive Economic Zone (EEZ).

Our primary operating areas for our vessel launch service are the Port of Cairns and Port Douglas (Far North Queensland), Mackay and the Torres Strait.

The best outcome for the client was achieved.