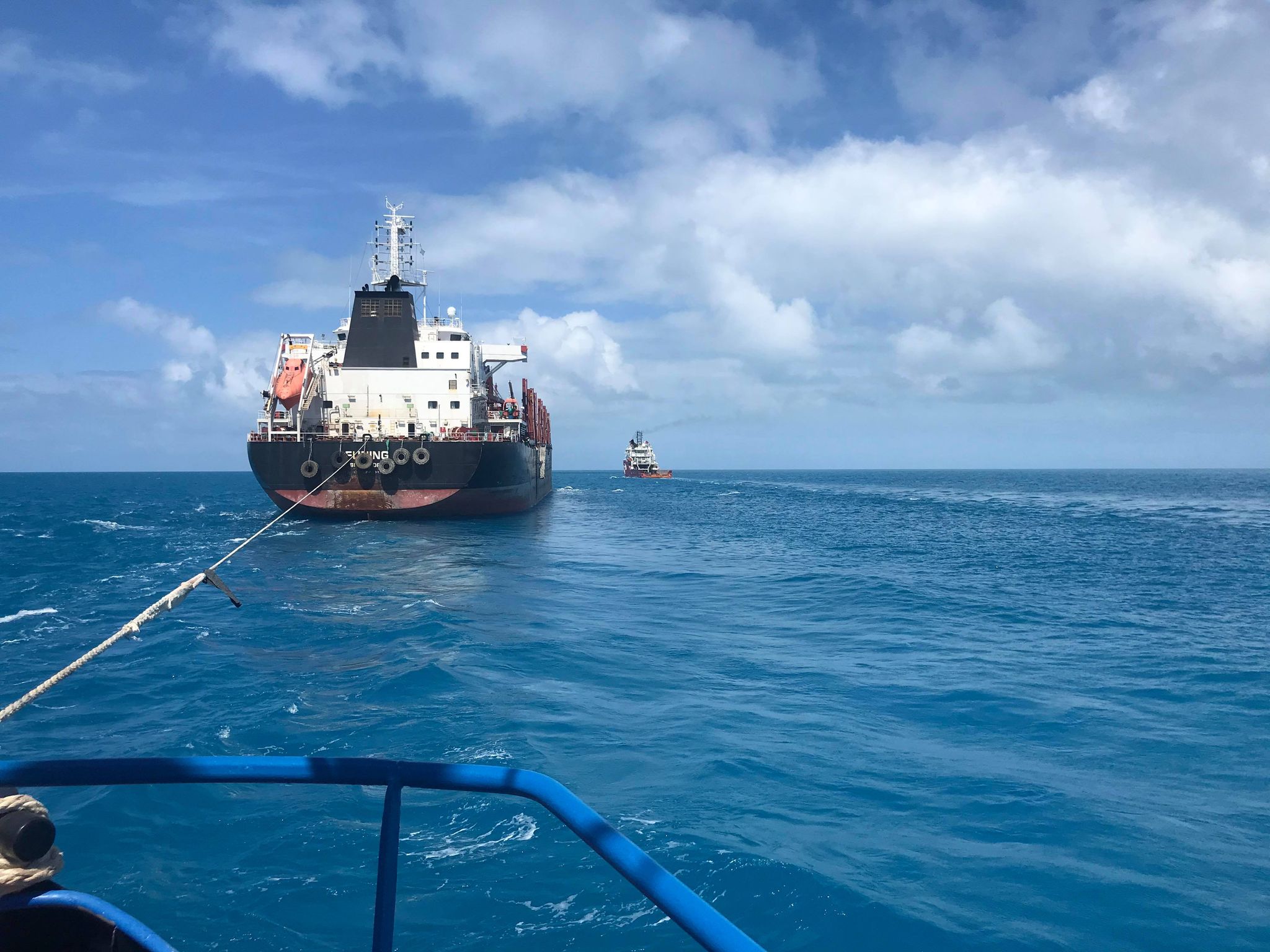 Scope of Work North Marine was tasked to provide a tug boat assist to a 180-meter, 25,000 gross ton cargo bulk carrier, the 'M.V. Funing'. Our tug assisted its voyage from Bligh Entrance through the Prince of Wales Channel in Queensland's Torres Strait. Project Brief - Tugboat Assist The North Marine tug boat 'Gulf Explorer' mobilised to the Torres Strait from the Port of Cairns, Queensland. From here, she assisted with the ship's tug escort, taking up the stern tow position. An 80-meter super tug took up the forward tow position. The Gulf Explorer's tug escort voyage involved transiting through a narrow passage of the Great Barrier Reef. Commencing at Bligh Entrance, near Bramble Cay, the tow assist passed via the Prince of Wales Channel in the Torres Strait. The Gulf Explorer's role is to assist the bulk carrier in holding straight throughout the voyage, limiting yawing during the ocean crossing. Project Outcome The M.V Funning made its transit safely and on schedule. The crossing was successful with no delays.